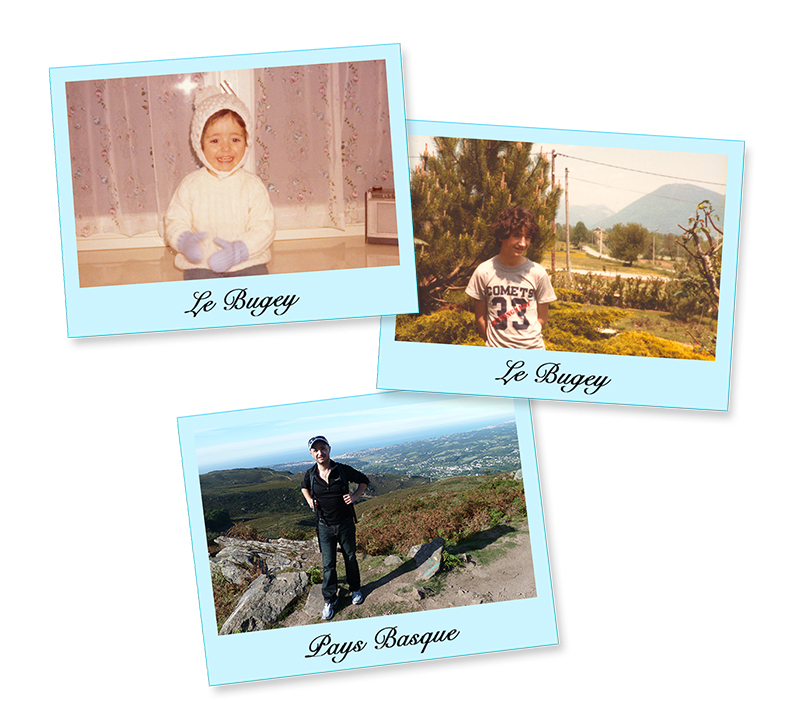 It all began in France... I was born in France and raised in a region called Bugey, between Lyon and Geneva

Growing up in this region, I was fond of the traditional dishes and desserts of Bugey. My favorite dish is 'Quenelles Sauce Nantua', named after Nantua, the town where I was born. On the sweet side, I remember growing up eating so many 'Tarte à la gomme', a regional brioche tart filled with a unique custard, a secret recipe, and a real bliss.

My family's origin is actually the Basque Country, in the southwest part of France and Spain. Growing up, I was visiting this beautiful region every summer. There, I experienced regional dishes such as the Veal Axoa, and the Gâteau Basque, a dessert that my aunt from Saint-Jean de Luz made to perfection 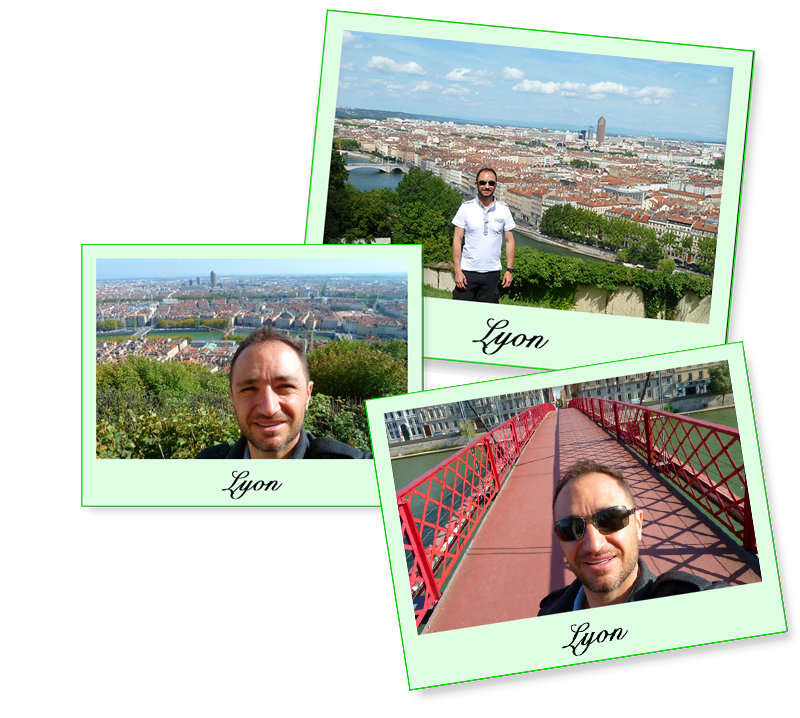 Moving to Lyon and my encounter with Madame d'Aubéry At age 18 I left my little hometown and moved to Lyon to pursue a Master in Engineering.

In Lyon, I discovered why French say Lyon is the best culinary experience. Lyon is full of traditional 'Bouchons', those tiny restaurants that Thomas Keller loved so much, that he named his Californian restaurants after that name

Above all, that's where I met Madame d'Aubéry, my next door neighbor, an elderly lady who happened to be who a Bouchon owner and who decided to show me the ropes, or rather "the art of mastering French cooking" (just like Julia Child would put it)

This was such an enormous impact on my life. I got a personal teacher who taught me everything to master the art of cooking. With her, I understood that cooking is love and that it makes your life really more beautiful.

Her education was old school and very stern, but despite the strict teaching experience, I loved this old lady for her patience and dedication to teaching me all the secrets of French cuisine and pastry

Among those dishes that she taught me, the Saucisson Brioché (Sausage cooked in brioche), and the Baba au Rhum 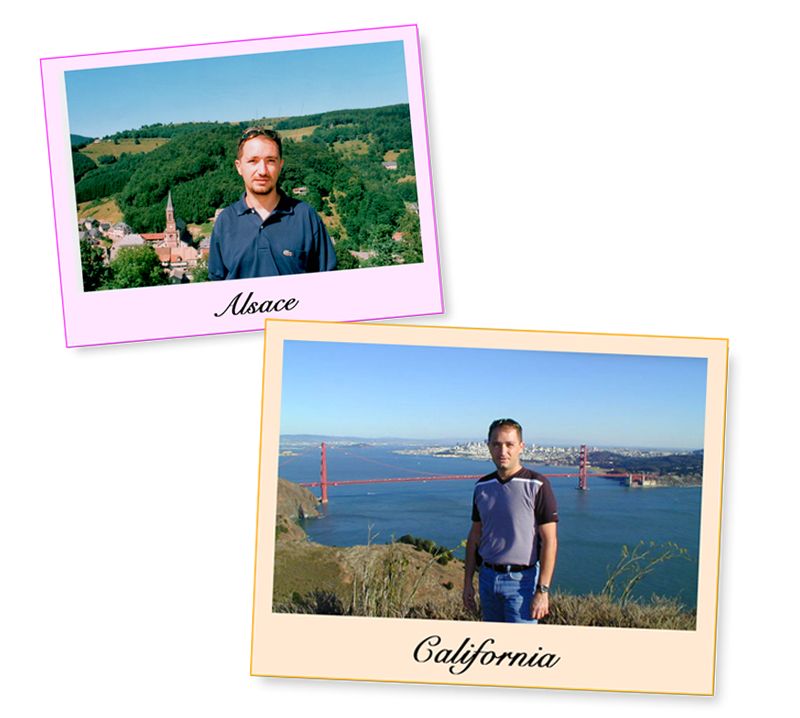 From Alsace to California After my graduation, I left Lyon to northern France, a region called Alsace, a fantastic place for foodies. Flammenküche, fleischnacka and kouglof became my favorite regional dishes and sweets. When I think Alsace, I think of the food I started to love so much.

Then, I moved to the States, for a job opportunity in the Silicon Valley, in the bay area, south of San Francisco

In San Francisco I discovered my first American dishes : A meatloaf, a carrot cake and a cheesecake. To be really honest, I was surprised the first time, but over time my tastebuds became American and those dishes became my favorites ! 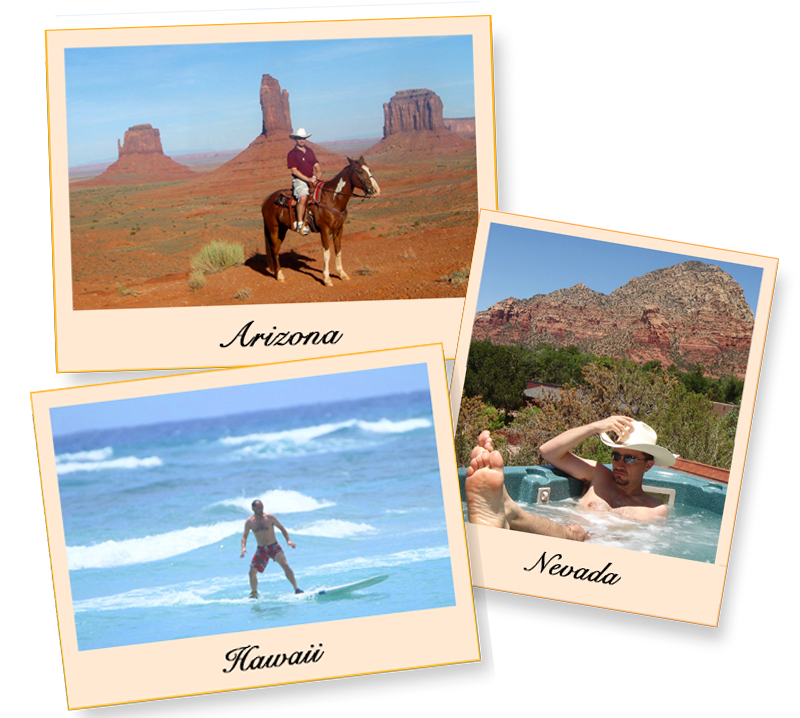 What amazed me above all were the great National Parks, for I saw a sky light and a landscape like I had never seen ever before

And I started enjoying the world of traditional America, that includes rodeos. I even started hanging out in cowboy saloons and practicing line dancing every week. This was lots of fun.

Another state that I discovered was Hawaii, my paradise on earth. Over the years, I visited these amazing islands several times and every time, they made a little significant impact on me and made me appreciate more the beauty of life more every time. I call Hawaii a 'stream of happiness I love to bathe in' 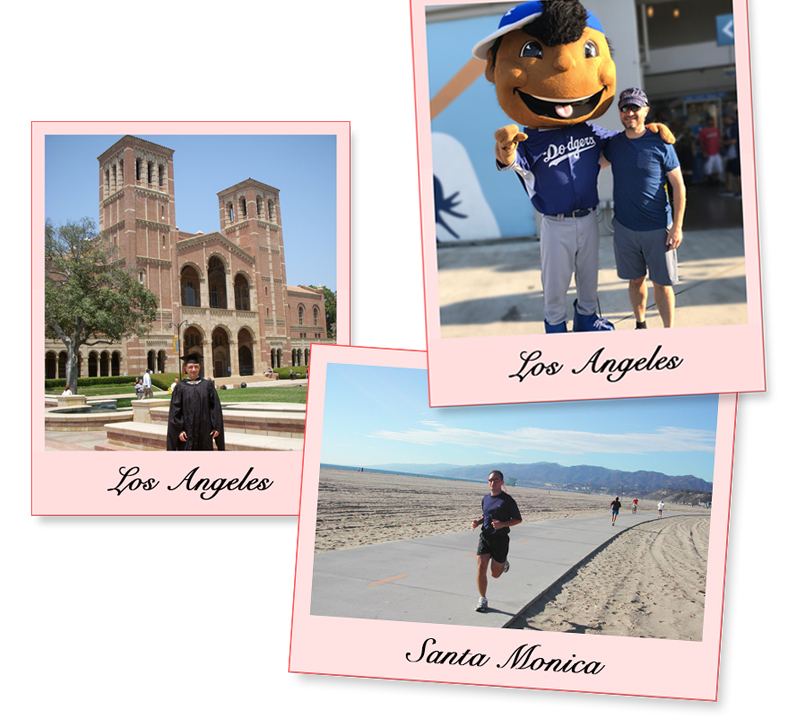 In Los Angeles And then I moved south, to Los Angeles, to pursue a Master at UCLA.

What I love here is the immensity of this city, its diversity and to some extent, the craziness of its people

Here, I discovered baseball and I became a Dodgers fan

I enjoy my life here down in Los Angeles, for the weather and all the sports that I can practice. I love running on the beach strand in Santa Monica every weekend, and going to my local gym in South Pasadena 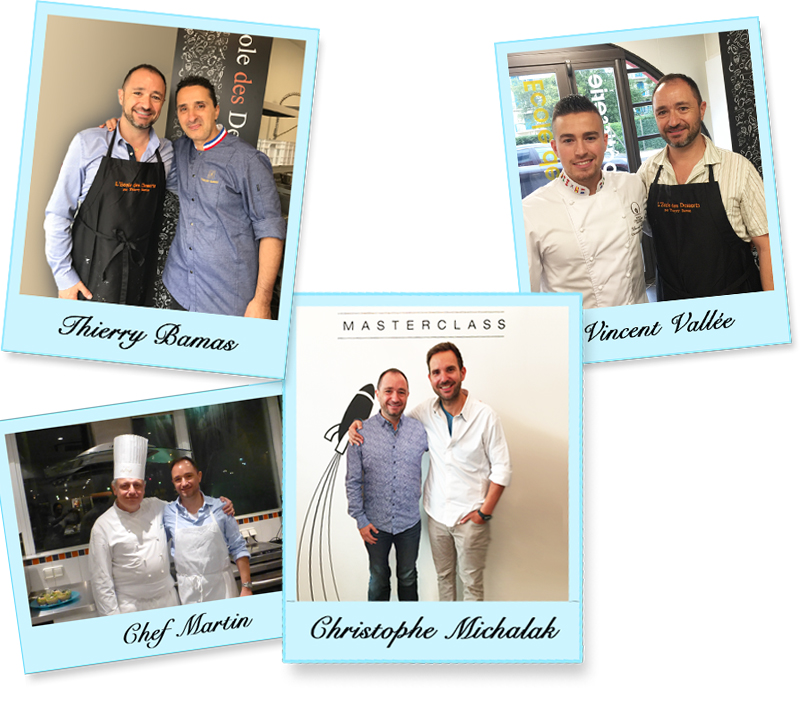 In Paris and Geneva Next, I moved to Paris to finish my MBA at HEC Paris

After graduation, I moved to Geneva (Switzerland) for work

During these years, I travelled every weekend to go to day classes with famous chefs like Christophe Michalak, Vincent Vallée or Thierry Bamas 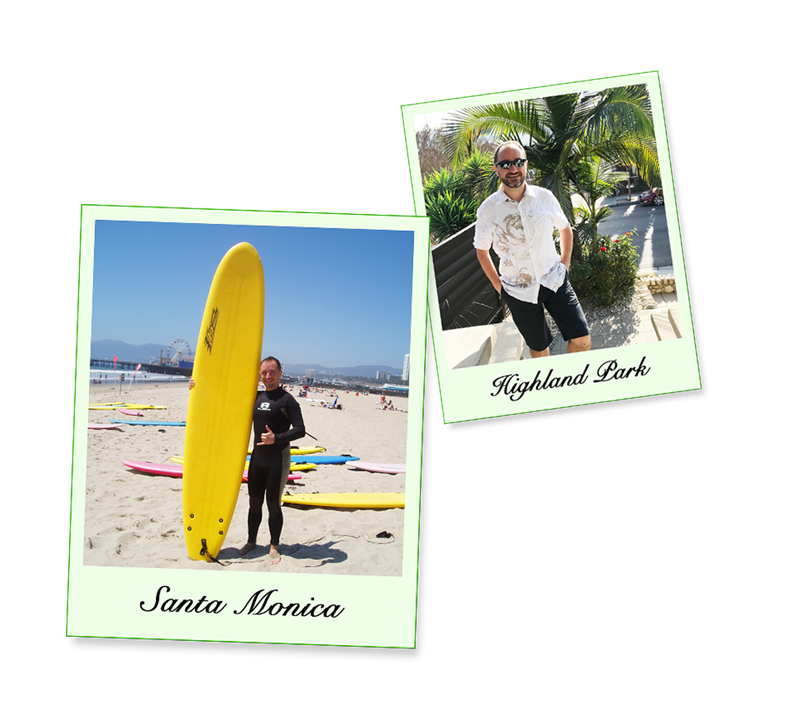 I currently live in Los Angeles, California, in a district called Highland Park, off the Route 66, between downtown and beautiful Pasadena

Being so far from France, I have been studying locally with North American chefs like Antonio Bachour in Miami or Christophe Morel in Montréal 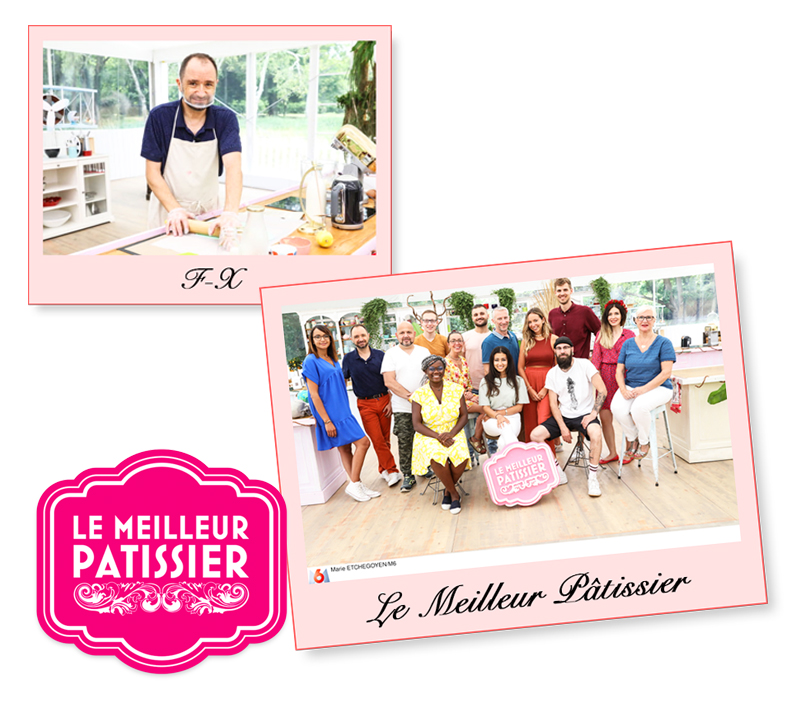 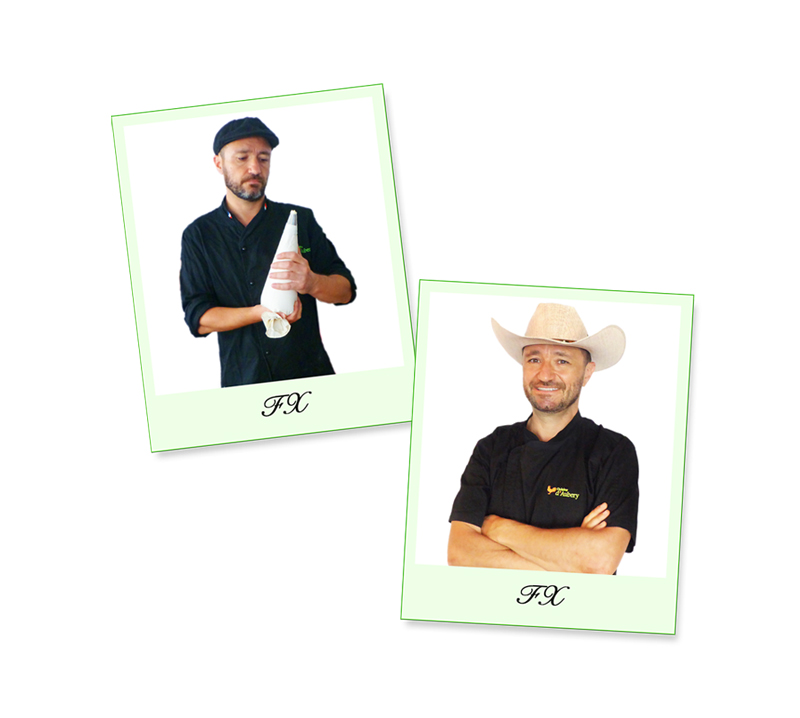 My Blog Since 2013, I have been cooking and baking recipes from the best chefs, in culinary classes, reading the best books, and interactions and recipes shared by talented people

Cooking and baking has now become officially a passion, and with this blog, I want to share with you the very best